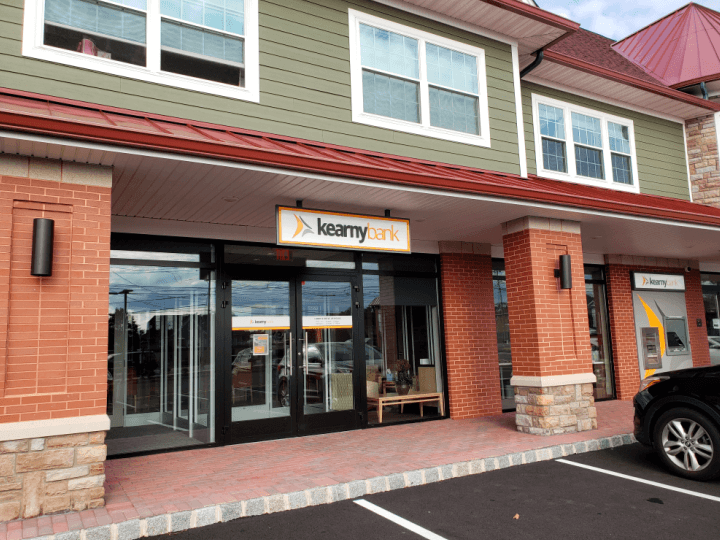 It’s a new and exciting model for a bank branch.

In addition to representing the merger of Kearny Bank’s former East Rutherford and Wallington locations, the new Wallington branch at 259 Paterson Avenue is part of a mixed-use complex featuring several other businesses, as well as 56 residential units. And the bank’s interior offers state-of-the-industry style, with a client lounge and meeting desks that replace the conventional line of teller windows.

“City planners and real estate professionals consider mixed-use buildings integral to the future of urban and suburban development, so we were very pleased to be able to open our new Wallington branch in such a structure,” says Anthony Bilotta, Kearny Bank’s Executive Vice President / Chief Banking Officer. “It also puts us on the cutting edge of bank design, and since we’re operating immediately adjacent to some people’s homes, we’re truly immersed in the local community.”

The new Wallington location replaces Kearny Bank’s previous branch in the same community, which opened in 2003. The old East Rutherford office – which also is replaced by this new branch – was opened more than 90 years ago, in 1927.

Managing the new Kearny Bank branch is Kathy Buzza, who most recently served as manager for both the Wallington and East Rutherford offices. Buzza joined Kearny Bank in 2019.

Seamlessly melding the finest traditions of community banking with state-of-the-industry capabilities, Kearny Bank provides a range of progressive offerings to its personal and business banking clients. Established in 1884, and operating now from administrative headquarters in Fairfield, NJ, Kearny Bank is steadily expanding its footprint throughout New Jersey, as well as New York City’s Brooklyn and Staten Island boroughs. Additional details are available online at kearnybank.com; an overview video can be viewed at bit.ly/2IUWeWJ.